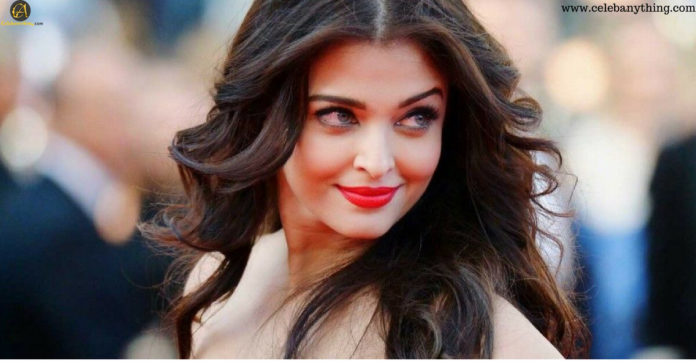 Aishwarya Rai is an Indian actress and model who is currently working in Bollywood. Aishwarya is the winner of Miss World 1994 pageant and since then she has been working in Bollywood giving us the best films in the history of Indian cinema. She is versatile and confident in all aspects. She is one of the most popular and established celebrities of India with a worldwide fan following.  Aishwarya has won two Filmfare awards and she also got the Padma Shri by the government of India in 2009. She has been regarded as the most beautiful woman in the world.

Aishwarya won the best actress award for ‘Devdas’ and ‘Hum Dil de chuke Sanam’. She also got around ten Filmfare nominations. She was awarded the Padma Shri, fourth highest civilian honour by the Government of India in 2009. She was awarded the national order of France ‘Ordre des Arts et des Lettres’ in 2012. Verbe, Forbes, Rolling Stone, Time and many other magazines published her in their listings. She got a wax figure in Madame Tussauds Museum in October 2004 in London. Eastern Eye ranked her in the list of Asia’s Sexiest Women on the third position. Aishwarya married Abhishek Bachchan on   20th April 2007 at the Bachchan residence in Juhu.  Thousands of fans broke through the barricades and police had to resort to lathi charge. The wedding ceremony was a three-day private affair. The residence shifted from Juhu to Prateeksha where the actual ceremonies were conducted. Anil Ambani, Subroto Roy of the Sahara Parivar, Samajwadi politician Amar Singh, Uttar Pradesh Chief Minister Mulayam Singh and several other celebrities showed up to the grand wedding. Shammi Kapoor, Ajay Devgan, Sanjay Dutt, Riteish Deshmukh, Dimple Kapadia, Preity Zinta, Ness Wadia, Sachin and Anjali Tendulkar were also present to congratulate the couple on their big day.