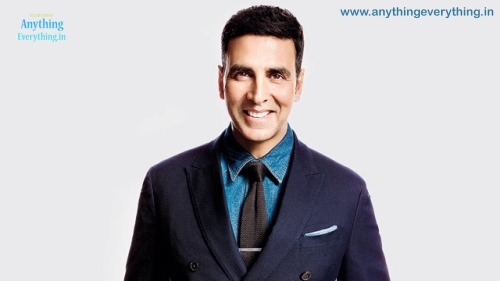 Akshay Kumar is an Indian actor basically from Canadian origin who works as a producer, martial artist,  and a television personality. He has worked in over a hundred films till date earning many awards and recognition. He got a Nationa Film Award recently for his outstanding performance in ‘Rustom’. Akshay is known for his punctuality and fitness in Bollywood.

In 2002, Akshay got the Filmfare award for the best villain for the movie ‘Ajnabee’ and in 2006 he got the best comedian for ‘Garam Masala’. In 2016, he finally got a National award for his outstanding performance in ‘Rustom’. In 2009, the government of India acknowledged his extreme dedication and hard work towards his work by honoring him with the Padma Shri.  In response to Akshay’s contribution in Indian cinema, the University of Windsor conferred an Honorary Doctorate of Law on him in 2008.

Akshay was initially famous for his action films but later he covered comedy, romance, drama and proved to be an all-rounder. Box office claimed him to be the most successful actor in the industry and cinema. It is known to many but he was indeed the first Bollywood actor to have movies which crossed the 2000 crore mark in 2013 and  3000 crores in 2016. People’s magazine named him as the sexiest man alive in 2008. After witnessing his growth and dedication, he was given the highest Japanese honor ‘Katana’ and also a sixth-degree Black belt in Kuyukai Gōjū-ryū karate in 2009.

He was in a relationship with Twinkle Khanna and married her on January 17, 2001. Twinkle is known for her wit and humor which is clearly reflected on all her blogs.