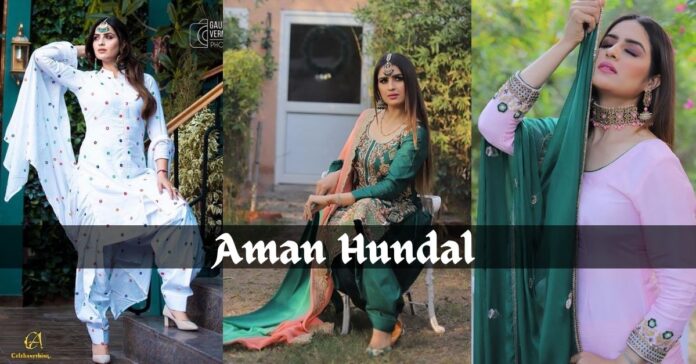 A Punjabi actress and model, Aman Hundal is an Indian actress who predominantly appears in Punjabi music videos and films. She rose to fame mostly after her outstanding work of the song’s music video, Wakhra swag, by Navi Inder, and it featured another star Punjabi rapper and singer, Badshah. Talking about her movies, she debuted with the lead role in the Punjabi film, Dulla Bhatti. In this movie, she worked alongside comedy actors, Binnu Dhillon and Sardar Sohi.

Aman Hundal was born on 23 April 1993 in Chandigarh, Punjab in a Sikh family. Though her hometown being Patiala, Punjab, most of her upbringing took place in Chandigarh city itself. Her college education took place at Thapar University, Patiala. Her zodiac sign is Taurus. As mentioned above, Aman Hundal is very popular in Punjabi music video appearances. Celebanything has compiled a list of some famous music videos which have featured Aman Hundal…Let us have a look at them:

All of these music videos received quite a good amount of acclaim among the Punjabi audience. She is quite a focused person towards her career and is considered a hardworking person by her co-artists.

Aman Hundal: Some quick facts at a glance:

With the variety of projects she has been associated with, it is quite evident that she has a lot of potential and talent which she can deliver. In the movie named Dulla Bhatti in which she has worked, her co-stars Binnu Dhillon, and Sardar Sohi also promoted the movie in PTC Punjabi. Her character as Noor was quite appreciated and loved among the audience.