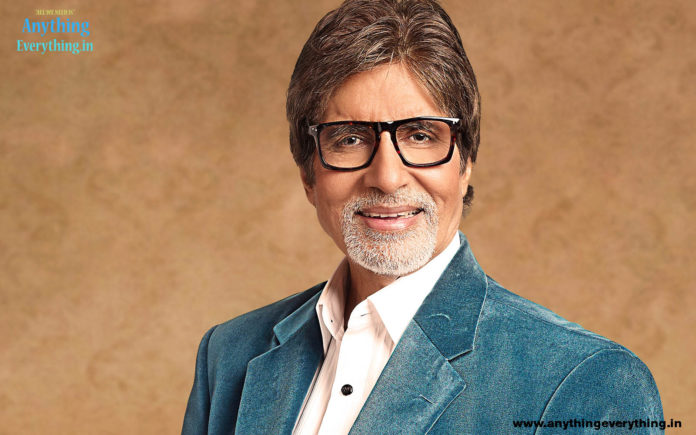 Amitabh Bachchan is an Indian actor, producer, former politicians and also a television host. He slowly made his mark in Bollywood after back to back hits and he was called the ‘Shahensha of Bollywood’. With a career spanning almost five decades with over 190 films, Bachchan is regarded as the most successful and influential actor of Bollywood. Amitabh ruled not only the Hindi cinema but also the world cinema and a French director even called him a ‘one-man industry’. He has won many National Film awards as well as Filmfare awards. He hosted the game show ‘Kaun Banega Crorepati’ and it is the most popular television shows of all times.

Amitabh won four National film awards and fifteen Filmfare awards with over 40 Filmfare nominations. He has also worked as a playback singer and producer. In 1984, Bachchan was honored with the ‘Padma Shri’ by the government of India. He was also honored with the ‘Padma Bhushan’ in 2001 and ‘Padma Vibhushan’ in 2015. He won these great honors and awards for his contribution to the art. An exceptional career demand for some exceptional awards like the Knight of the Legion of Honour which is the highest civilian honor of France.  Ha also received the Filmfare lifetime achievement award. At the Alexandria Film festival held in Egypt, Bachchan was awarded the actor of the century award in 2001. Amitabh was the first living Indian to have his statue at the Madame Tussauds Wax Museum in 2000. This list is just endless.

His house named Jalsa is a beautiful bungalow with a living area of 10,125 sq. ft. with spectacular interiors. The walls have the pictures of all the family members giving it a splendid look.

Amitabh married Jaya Bachchan on June 3, 1973, when Amitabh was still struggling to be an actor and Jaya was already a successful actor.