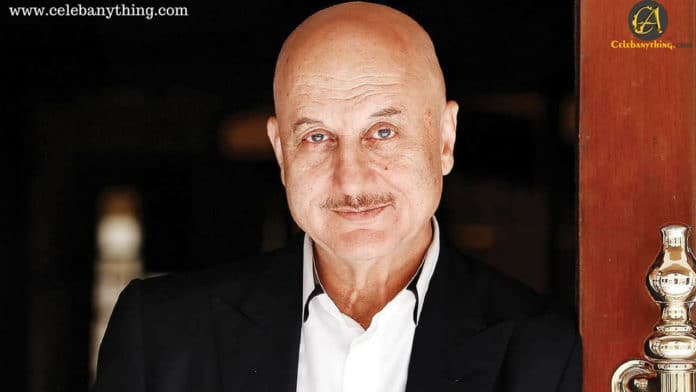 Anupam Kher is an Indian actor and the current Chairman of Film and Television Institute of India. He has been a part of more than 500 films of different languages and he has also done theatre. He has also marked his presence in the International cinema like Bend it like Beckham, Lust, Caution and Silver Linings Playbook. All these films were recognized and nominated on big platforms. Silver Linings Playbook is an Oscar-winning film. He has won five Filmfare awards for Best Actor in a Comic Role. He also won the Filmfare Award for Best Supporting Actor for the film Vijay in 1988. 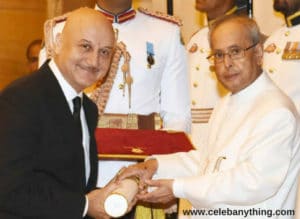 Daddy in 1990. He also won a Screen Award for the film 1942: A Love Story in 1994. Anupam won a Screen award for Haseena Maan Jayegi in the Best Comedian category in 1999. He won a Nation Film award for Maine Gandhi Ko Nahi Mara in 2005. He won two more awards at the  Karachi and Riverside International Film festivals for the same film.  He won two awards for Khosla Ka Ghosla in 2007. Anupam got the Padma Shri in 2004 and Padma Bhushan in 2016.

Anupam Kher married Kirron Kher in 1985 and their love story is no less than a Bollywood movie. They both were initially in an arranged marriage which was not working in either case. They met through the Chandigarh theatre and slowly their friendship turned into love. Soon they decided to marry each other and everything fell in its right place. They had to face a log of rough time in the marriage but they strongly went through it through love and strength. 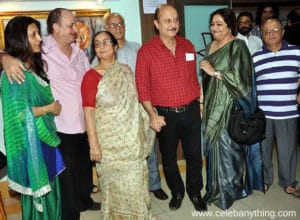