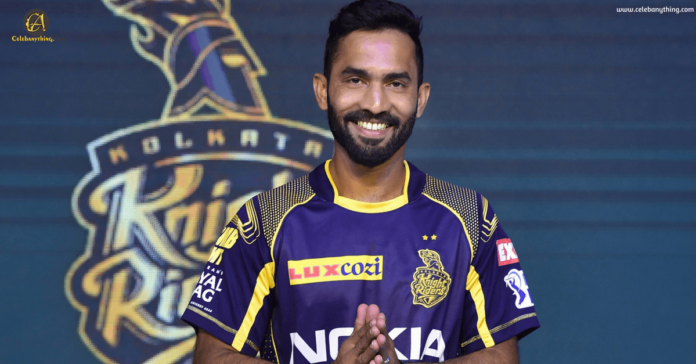 Krishna Kumar Dinesh Karthik also popularly known as Dinesh Karthik is known for his wicket keeping skills and he is also a renowned batsman playing for the Indian cricket team since 2004.

He was initially a batsman but he worked on his wicket keeping skills for the sake of his future projects.

Currently, Dinesh Karthik is the captain of the Kolkata Knight Riders in the Indian Premier League. The performance he gave against Bangladesh for the Nidahas Trophy 2018 is considered to be his best so far.

He made 129 runs against Bangladesh at Sher-e-Bangla National cricket stadium in the year 2007 which was his international century.

Dinesh also got a chance to replace Sehwag who had a shoulder injury in India’s four match tour of West Indies.

Awards and Recognitions Of Dinesh Karthik :

Dinesh Karthik gained huge recognition for his performance against Bangladesh in the Nidas Trophy where he probably made India win a losing match with his magical innings. 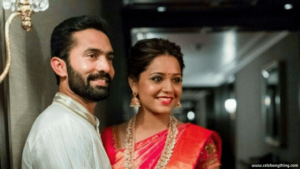 Dinesh was initially married to Nikita Vanjara who is his first wife but unfortunately the marriage didn’t work and he separated from her.

He then fell in love with squash player Dipika Pallikal who otherwise hated cricketers but was unaware that she would be married to one someday.

Dipika and Dinesh had the same fitness trainer Basu and it was then when they formally met each other for the first time.

While they were seen together at many occasions, they didn’t accept any link up rumours. Finally, Dinesh proposed Dipika and they made their relationship public with an engagement on November 25, 2013.

They finally got married on August 18, 2015 n a grand Christian wedding.

He started his career in Indian cricket with the 2008 Indian Premier League for Delhi Daredevils as a wicket keeper.

In the next season of the Indian Premier League, Dinesh played in 15 matches and was very close to making a century in three of them.

He then played for the Mumbai Indians in the following years and made a descent 86 against Delhi Daredevils.

Mumbai Indians was the winner of the IPL for that season and Dinesh played in all the matches batting and wicket keeping. He was also the top ten run scorers of the tournament with 510 runs. 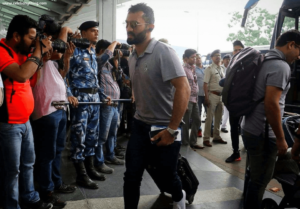 There were rumours that there was a love triangle between Karthik, his ex-wife Nikita and Murali Vijay (cricketer) as Nikita was probably cheating on him with Murali.

She is now married to Murali Vijay.