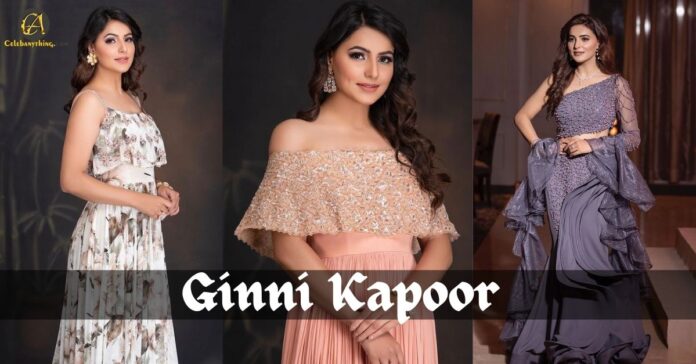 Ginni Kapoor is an Indian model and actress who primarily hails from the capital city, New Delhi, India but is predominantly seen in Punjabi music videos. She mainly rose to fame by giving hit songs such as Black suit, sung by Preet Harpal, and Kar Hausla by Hard Kaur, Neeti Mohan, and Shalmali Khobragade.

Ginni Kapoor was born in the year 1992, in the capital city of India, New Delhi to a Khatri family. Her actual birthdate is 22 August 1992 as per the Celebanything sources. She developed creative hobbies such as dancing at quite a young age which led her to grow up to become a person who pursued a career in a field that demands creativity. In her family apart from her parents, she has a sister as well. Her sister’s name is Tanya Kapoor who also pursues a career in modeling.

Her Favorite food is biryani and chocolate and her favorite drink is caramel lava chip.

As mentioned earlier, she rose to fame with her debut music video, titled Black suit. This song was released in the year 2014. Here is a list of more of her famous music video songs. After discussing her famous music videos in which she has appeared as the lead actress, here are a few more facts about Ginni Kapoor, listed by Celebanything.

Ginni Kapoor started her career as a TVC and a print shoot model in the year 2015. She is also an avid dog lover and she believes in Tarot cards too. A few of her lesser-known hobbies include reading and collecting mobile covers too. Some of her widely popular songs apart from the ones mentioned above also include “Mere Kol” by Prabh Gill, “Creez” Tarsem Jassar, “Trending Nakhra” with Amrit Maan, and many more.