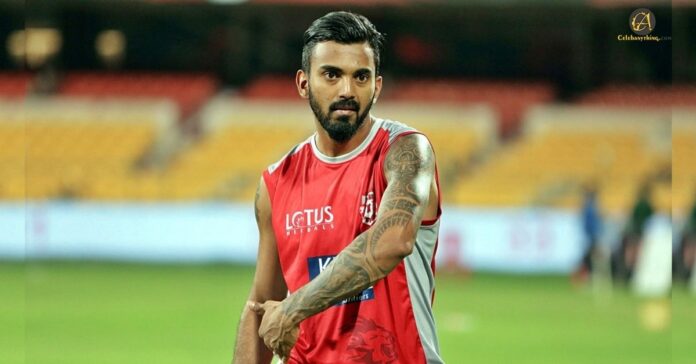 The cricketing sensation Kannur Lokesh Rahul, who is commonly known as KL Rahul, is an Indian cricketer who plays international cricket and various other forms of cricket too. Currently, he is very famous as the captain of the team Punjab kings in the IPL 2021. Apart from that, he plays domestic cricket for Karnataka too. He is a right-handed batsman and a wicket-keeper too.

He debuted for Karnataka in first-class cricket for the 2010-2011 season. At the same time, he also represented team India under-19 internationally. He made a total of 143 runs. His first match in the IPL was in the season 2013. His debut team was the Royal Challengers Bangalore. Apart from that, he also played for the south zone in the final of the 2014-2015 Dilip Trophy. In his match against the central zone, he scored 185 runs from 233 balls during his first innings along with 130 runs from 152 balls in the second. He was further selected for the Australian tour that was followed after this one.

Moreover, after returning from his test series, he also became the first triple century scorer in the state of Karnataka. KP Rahul’s parents’ names are K.N. Lokesh and Rajeshwasi. He was born in Mangaluru, which is located in the Indian state of Karnataka. His parents have held good and established positions in education, as his father has been a professor and former director of the National Institute of Technology Karnataka. His mother, Rajeshwari is a professor at Mangalore University.

KL Rahul made his international cricketing debut in a test match in the year 2014 at the Melbourne Cricket Ground in a boxing day test. In this match, he was captained by MS Dhoni. His maiden international hundred during a test match in Sydney. Further, he was also part of the squad for India’s tour of Bangladesh but withdrew due to dengue fever. Recently, in the year 2019, he was suspended along with his teammate Hardik Pandya by the BCCI due to the controversial comment made by them on the talk show, “Koffee with Karan”.

In the Indian premier league, he made his debut for the team Royal Challengers Bangalore. He enetered the IPL as a wicketkeeper. He also changed the team and played for Sunrisers Hyderabad for the season of 2014. He returned to RCB for the 2016 season of the IPL. For the 2018 edition of the IPL, he was bought by Kings XI Punjab for the amount of 11 Cr.

For the 2020 edition, he was named the captain of Kings XI Punjab. For the 2020 season of IPL, he also scored 670 runs and won the orange cap. For the current season that is, the IPL 2021, he has been retained by the Punjab team.

Overall, KL Rahul is one of the players who has risen to fame with his sheer hard work and determination. In spite of being sometimes stuck in controversies, he has handled the pressures well and is capable to make it big in the future for team India.