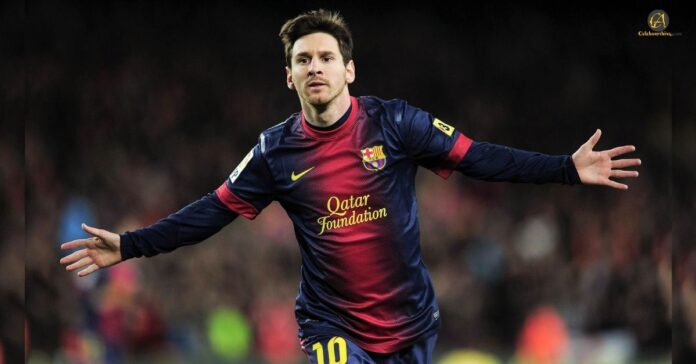 Lionel Messi is an Argentine footballing magician widely regarded as one of if not the best to ever grace the field. The left-footed maestro plays for FC BARCELONA his lifelong club and his national team ARGENTINA. He plays across the forward line for both his club and country.

Leo was born on 24 June 1987 to Jorge Messi and Celia Cucittini, in a small town in Argentina called ROSARIO. Both his parents were factory workers. He is married to his childhood friend Antonella Messi.

Lionel started his youth career at the early age of 6 in his hometown club NEWELL’S OLD BOYS. But by the age of 10, his dream of becoming a footballer was threatened as he was diagnosed with a growth hormone deficiency, an Fc Barcelona scout signed him on a piece of napkin and agreed to pay for his treatment in December 2000. from there he went on to play on every youth team in Barcelona’s famous youth academy la Masia. His club career is nothing short of extraordinary and astonishing. From 2005 when lionel made it the first time there’s no trophy or championship that he hasn’t won. Through the first two comparatively quiet seasons the transformation came when Josep Guardiola joined FC Barcelona as the head coach and then came the avalanche of stunning performances and record-breaking statistics. Pep Guardiola played Messi in a false 9 position and then over the next 4 years that Barcelona team was then widely regarded as the greatest club team to ever play with Messi, Iniesta, Xavi, pique, puyol as the stalwarts. MESSI went on to win 4 champions leagues, a staggering 10 la Liga titles, and 7 Copa del Rey titles.

Compared to his stellar club career the maestro’s international career has been trophy-less where he ended up with the runner’s up medal in 3 Copa America and 1 in the 2014 world cup final. Though the only success came at the youth level where he won the gold in the 2008 summer Olympics. MESSI would go on to score 72 goals and counting which is the highest for an Argentine.

MESSI has won 6 Balon d’Or which is an award given to the best player of the world for the year. All combined, Messi has won more than 90 individual awards recognized on the world stage. He is the first player in history to win six European golden shoes. Apart from the individual brilliance on the field, Messi is also recognized as a goodwill ambassador for UNICEF.

At even 34 Messi is still regarded as the best football player and that’s a testament to his greatness and otherworldly performances he keeps putting up every time he steps on the football pitch and we are privileged to be witnessing a sensation during our lifetime.