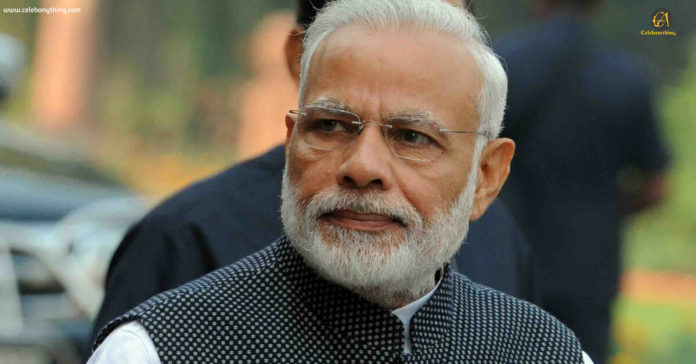 Narendra Modi is an Indian politician who is also the 14th and current Prime Minister of India since May 2014. From 2001 to 2014, he has been the Cheif Minister of Gujarat. He is a member of parliament and a member of the Bhartiya Janata Party. He won the 2014 elections with a huge support from all over the nation. His session was seen as the onset of bright days for the betterment of the country with a tagline of ‘Achee Din Agaye’.

In 2017 nationwide survey by India today named Narendra Modi as the best chief minister. He was among the few Indian politicians to appear on the cover of Times magazine. In 2014, CNN-IBN awarded him Indian of the Year award.  He was listed in the 100 Most Influential people of Time’s magazine. In 2014, he broke all records by being the  15th most popular person in the world. The Bloomberg market’s magazine ranked him to be the 13th Most Influential person in the world. The Madame Tussaud Wax Museum in London displayed his wax statue in 2016.

Modi was engaged to Jashodaben at 13 in accordance with Ghanchi tradition. They got married when he was 18 and spent very little time with each other. Later Modi started traveling and kept his marriage a secret. He spoke openly about his marriage in the 2014 general elections.