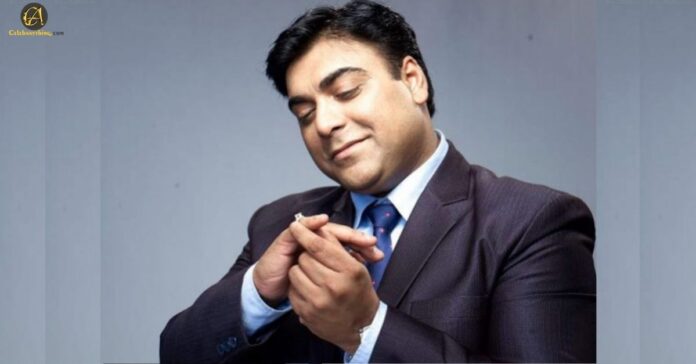 Ram Kapoor was born on 01 September 1973. He is an Indian actor who has worked in movies and television serials. Ram gained popularity for portraying Jai Walia in the daily soap Kasamh Se and the character of Ram Kapoor in Bade Achhe Lagte Hain.

Ram spent his early years at Sherwood College, in Nainital, Uttarakhand. At College, Ram was introduced to acting. When, as a challenge and an order from his head captain, Ram auditioned for the annual school theatrical production of Charley’s Aunt, he got selected and performed the lead role. Under the direction and guidance of Amir Raza Hussein, Ram found his actual career path and realized his love for acting.

After Ram finished his 10th board exams, he studied at the Kodaikanal International School. After his graduation, Ram made a plan to join the entertainment industry for which left for Los Angeles in the United States in order to join UCLA. He wanted to study filmmaking but instead joined a Stanislavski-based acting academy in Los Angeles.

Ram Kapoor made his debut with the television serial Nyaay in 1997. Then, he took up three more shows named Heena (1998), Sangharsh (1999), and Kavita (2000) respectively. In 2000, Kapoor acted in a popular family drama serial named Ghar Ek Mandir. Ram Kapoor collaborated with Amir Raza Hussein once again in the play The Fifty Days of War – Kargil. The play ran for 10 days in New Delhi as a tribute to the heroes of the Kargil War. Ram played five characters in the play.

In 2001, Kapoor acted in serials Rishtey and Kabhi Aaye Na Judaai. Ram Kapoor went on to appear in movies like Dhadkan in 2003 and Awaz – Dil Se Dil Tak, Hazaaron Khwaishein Aisi, and Bali, a telefilm in which he played Prithvi Singh.

He then worked in several movies and serials as mentioned below:-

As of 2021, Ram Kapoor is years old. Ram Kapoor got married to his co-star from Ghar Ek Mandir, actress Gautami Kapoor. The couple met on the sets of the show and dated for a and then married on Valentine’s Day in 2003. The couple has two children, daughter Sia and son Aks.

Ram Kapoor is an extremely talented and popular actor in the Indian entertainment industry. He is famous for several roles that he has played.