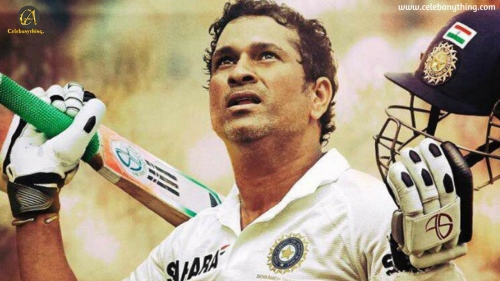 Sachin Tendulkar is a former Indian cricketer and batsman who is known for his batting skills all over the world.  He has been the Indian cricket team captain and started playing cricket at the age of eleven. He played his first test match against Pakistan at the age of sixteen and has been unstoppable since then. His records are tremendous and unbeatable as he is the only player to score one hundred international centuries. Also, he was the first Indian batsman who made it to a double century in one day international. The only player to reach the mark of 30,000 runs in international cricket and maximum runs in ODI and test cricket. For his outstanding achievements in sports, Sachin bagged the Arjuna award in 1994. He got India’s highest sporting honor, the Rajiv Gandhi Khel Ratna award in 1997. He also got the Padma Shri in 1999 and Padma Vibhushan in 2008.  In 2013, he got India’s highest civilian award which is the Bharat Ratna. The Indian Air Force awarded him the honorary rank of group captain and he was the first sportsperson who got this rank.

Sachin Tendulkar was being nominated to the upper house of the Parliament of India, Rajya Sabha in 2012 which was a great token of respect.  In the same year, he was named an Honorary Member of the Order of Australia. In an all-time Test World XI named to mark the 150th anniversary of Wisden Cricketers’ Almanack, he was the only Indian cricketer to be a part of it. Sachin Tendulkar married Anjali Mehta who is a pediatrician by profession. They got married on 24 May 1995 after almost five years of dating each other. Sachin’s wife, Anjali gave up on her career to look after the two kids about which she has no regrets.