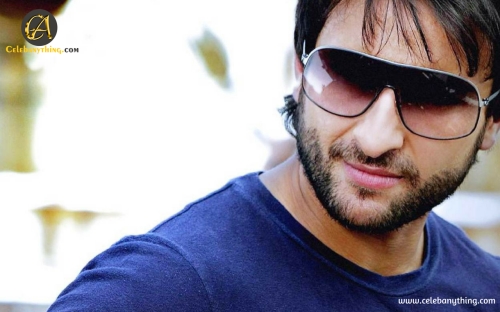 Saif Ali Khan is an Indian film actor and producer who made his debut in Yash Chopra’s film ‘Parampara’. His roles in ‘Hum Sath Hain’, ‘Dil Chahta Hai’ and ‘Kal ho Na ho’ were loved a lot by the audience. Khan’s romantic version of ‘Hum Tum’ was praised a lot. He is known for his personality and versatility. Saif has won many awards including a National film award and six Filmfare awards. Saif Ali Khan got married to his first wife Amrita Singh in October 1991 but the marriage didn’t work and they divorced after 13 years. Saif then fell in love with Kareena and dated her for some time after they married on 12 October 2012.

Saif Ali Khan married to Kareena Kapoor in a private affair with only family members witnessing the ‘Nikah’ on October 16, 2012. After a registered marriage, they went in for an exchange of vows which was neither a nikah nor seat pheras. After this, they were all ready for a reception party for the celebrities of Bollywood.  Kareena wore a burgundy color embellished gharara with maroon dupatta designed by Manish Malhotra while Saif wore a banarasi brocade ‘achkan’ by Raghavendra Rathore.