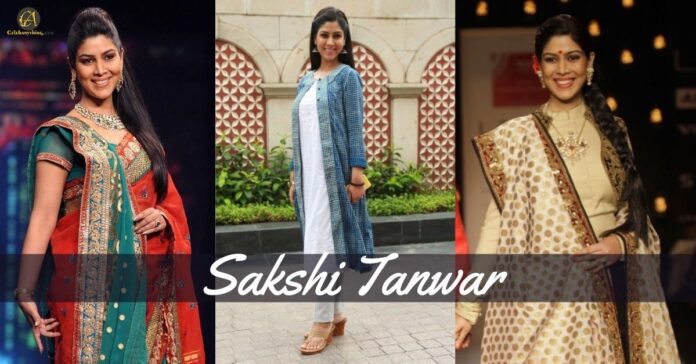 Sakshi Tanwar was born on 12 January 1973. Her father, Rajendra Singh Tanwar is a retired CBI officer. She belongs to a middle-class family in Alwar, Rajasthan, India. She received her primary education in many Kendriya Vidyalayas after which she graduated from Lady Shri Ram College in New Delhi.

During college, she served as the secretary and president of the drama society of her college. After graduation, she decided to prepare for the entrance exams to the administrative services and mass communications. It was during this time that she gave an audition for the national broadcaster Doordarshan’s film songs-based program Albela Sur Mela. Luckily, she was selected as the presenter for the respective show. And this is how her career in the entertainment industry began.

As mentioned earlier, Sakshi debuted on Indian television with Albela Sur Mela in 1998. However, she gained fame when she acted as Parvati Agarwal in the daily soap, Kahaani Ghar Ghar Kii. The show became extremely popular among the masses and it helped leverage Sakshi’s career too. Her next appearance also was a huge success and it was loved extremely by the fans. Sakshi played Priya Kapoor, opposite Ram Kapoor in a daily soap named Bade Achhe Lagte Hain. The show aired between 2011 and 2014. It was a bumper hit show. In December 2012, Sakhi made her third appearance on the reality show Kaun Banega Crorepati. Now coming to the movies. In the year 2016, Sakshi Tanwar played the role of  Daya Kaur in the movie Dangal. She acted as the wife of former wrestler Mahavir Singh Phogat, who was played by Aamir Khan. It is the story of the man who trains his daughters to be world-class wrestlers against social odds. Sakshi Tanwar then made a comeback on television with another serial named Tyohaar Ki Thaali, which was first telecasted by Epic Channel in February 2018. Another movie in her bag is ‘Dial 100’ where stars like Manoj Bajpayee, Neena Gupta, Sakshi Tanwar came together for a thriller movie.

Sakshi Tanwar is not married. However, she has adopted a beautiful girl child. The name of her daughter is Ditya Tanwar.

Sakshi Tanwar is super popular among the masses and people love her for her roles in the daily soaps especially. She has done a commendable job in movies too. For her acting, she has received a good number of awards and recognition. Sakshi never disappoints the viewers and tries to give her best to each and every role that she does. Also, she has taken a really good step by adopting a child.