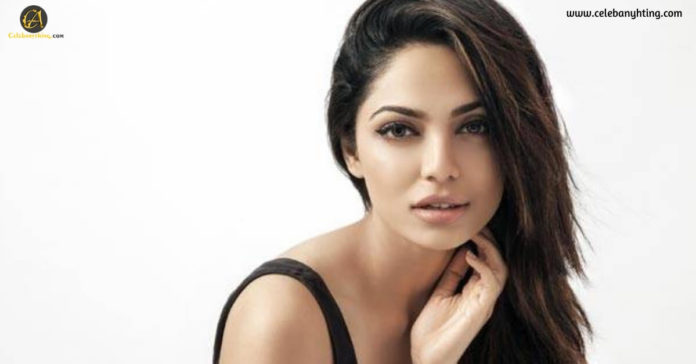 Sobhita Dhulipala is an Indian film actress, model and beauty pageant who is a part of the Hindi film industry.

She is the titleholder of Femina Miss India, 2013 and also represented India at Miss Earth 2013, Philippines. She was awarded Miss Photogenic, Miss Beauty for a cause, Miss Talent and Miss Beautiful face as well. In the year 2014, She was featured in Kingfisher Calendar which was Asia’s most viewed campaign.

She is a trained classical dancer Bharatnatyam and Kuchipudi. She is a brand ambassador of Kalanjali which is one of the most renowned textile manufacturers of South India. She was featured in the Kingfisher swimsuit Calendar girl of the year in 2014 which is a great achievement. She her self believe in learning new things in every phase of life. Moreover, she believes in helping poor people in many different ways. Always put up the charity in the first place.

She is not open about her love life but once she was asked about her boyfriend by the media and she said that she is dating an actor but didn’t name her. According to her personal life is not to be affected by a professional one. Both have a different level of importance at an existing point. She made a statement that Miss India took away her self-esteem from her. She was reduced to be more pleasing and entertaining which took her away from herself.