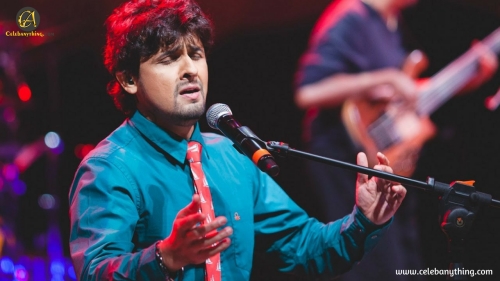 Sonu Nigam is an Indian singer, musician, composer, music producer, recordist, music programmer, live performer, and actor. He has given us beautiful compositions in various languages and he is among the highest paid Indian singers. Sonu has been seen in many popular television singing reality shows as a judge and also as a host. He has sung almost 11,110 Hindi songs till date. Sonu Nigam got five Filmfare awards for songs in Hindi & Kannada languages. He got nominated for the Oscars in 2015 and became Socialathon person of the year. He bagged the Global Indian Music Award four times. He bagged the National Film Award for the best playback singer in 2013. Sonu got the IIFA awards three times. Sonu Nigam fell in love with his wife Madhurima who is a Bengali woman. They initially did a court marriage and carried it for a couple of years. Finally, on 15 February 2002, they got married.