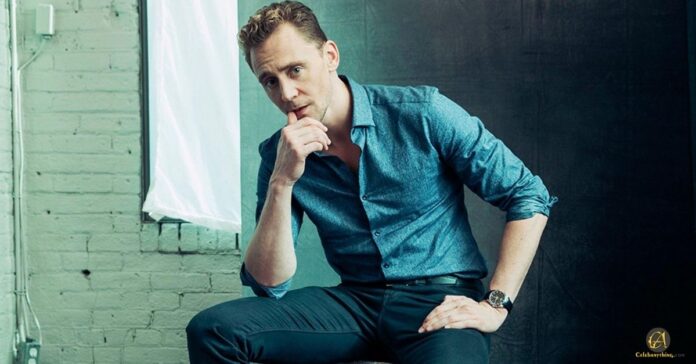 Thomas William Hiddleston is Tom’s full name. He was born in 1981 on 9th February in the Westminster district of London. His mother, Diana Patricia Hiddleston, is an arts administrator and former stage manager while his father, Dr. James Norman Hiddleston is a physical chemist and former managing director of a biotechnology company. He has two sisters namely Emma and Sarah. The former is also an actress while the latter is a journalist in India.

At age 13, Hiddleston enrolled at Eton College. He then continued to Pembroke College which is at Cambridge University. Here he earned a double first in Classics. After this, Tom continued studying acting at the Royal Academy of Dramatic Art. From here, he graduated in 2005.

Tom began his career by appearing in the West End productions of Cymbeline in 2007 and Ivanov in 2008. For his stellar performance in Cymbeline, he got the Olivier Award for the “Best Newcomer in a Play” and he was also nominated for the same award for his role in Othello in the year 2008. Tom starred as the title character in a production of Coriolanus for which he won the “Evening Standard Theatre Award” for “Best Actor” and received a nomination for the Olivier Award for “Best Actor”. His Broadway debut was in 2019 with the revival of Betrayal. He was nominated for the Tony Award for Best Actor in a Play for the same.

Although Tom Hiddleston has been in relationships before, he is not married yet. He has dated actress Susannah Fielding and singer-songwriter Taylor Swift.

Tom Hiddleston is an excellent actor. He is extremely famous and has been known for his stellar performances in several movies and plays.