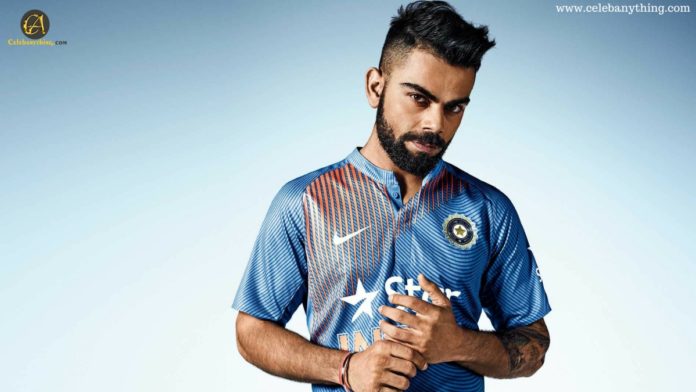 Virat Kohli is the current captain of Indian cricket team. He is an Indian international cricketer who is known for his right-handed batting skills. He is regarded as one the best batsman in the world.  ESPN ranked Kohli as one of the world’s most famous athletes & Forbes stated him as one of the most valuable athlete brands. He is leading the team since 2013 and also plays for the Royal Challengers Bangalore in the Indian Premier League. Virat Kohli married Bollywood actress Anushka Sharma in a private ceremony in Italy on December 11, 2017. The rumors were doing rounds on social media that the wedding will be held on December 12, 2017. Virat & Anushka shocked the entire nation by posting the pictures from their wedding with a heartwarming message. They celebrated their honeymoon in Europe.

After a lavish wedding, Virat and Anushka headed for their reception in Delhi which was held on December 21, 2017. They made a royal visit to Prime Minister Narendra Modi & invited him to the reception and he showed up as well. It was a star-studded affair with guests like Suresh Raina, Gautam Gambhir & many more.

The next reception will be in Mumbai on 26 December 2017. His father, unfortunately, died due to a brain stroke in 2006 after being bedridden for months or so.

The US $92 million making him second of Indian’s most valued celebrities.