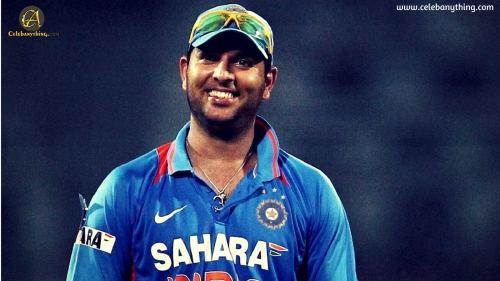 Yuvraj Singh is an Indian cricketer who is considered to be an all-rounder as he plays all forms of the game. Yograj Singh, a Punjabi actor & former Indian fast bowler is Yuvraj Singh’s father. Yuvraj Singh is known for left-handed batting & slow left handed orthodox bowling. 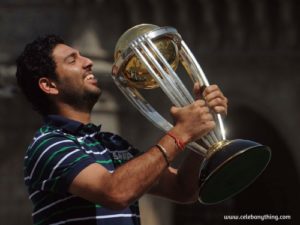 Yuvraj Singh got the Arjuna Award which is  India’s second highest sporting award by the government of India in 2012. Padma Shri, India’s fourth highest civilian honor was awarded to him in 2014.

Yuvraj Singh got engaged to Hazel Keech on 12 November 2015. Hazel Keech is a British Mauritian model who has been seen in Indian television & films.

They got married on November 30, 2016, according to Sikh rituals in Chandigarh. This was followed by a party in Goa & a lavish reception in Delhi.

It was a lavish affair with Yuvraj Singh & Hazel Keech dressed up in their designer’s outfits stealing the show. 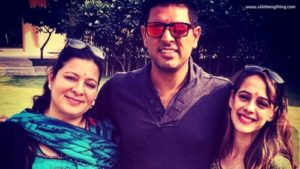 He is rumored to be in a relationship with Kim Sharma, Deepika Padukone, Riya Sen, Preity Zinta, and Leepakshi in the past.

Yuvraj Singh made some uncouth remarks on Union Monster Dilip Ray’s Son – Sandeep Ray which landed him in trouble in 2008. As Yuvraj is known for his anger, a cold war broke out between him and Suresh Raina in 2011.  It is believed that Raina was selected as the captain of One day International Series but Yuvraj didn’t want to play under his captaincy being his senior.

Akanksha Sharma who is the wife of his younger brother Zoravar Singh accused Yuvraj to be a drug addict who smokes weed. This was said by her in an interview after being evicted from Big boss 10.

He is the only India Player to be signed by English country team Yorkshire after Sachin Tendulkar. In 2011, lung cancer struck him but he stayed strong & went through all the therapies making a fit comeback.

In the IPL 2014 and 2015 auctions, he was the most expensive player with a net worth of 14 Crore & 16 Crore respectively. Yuvraj Singh performed as a  voice artist in Jumbo which is a Bollywood animated film.