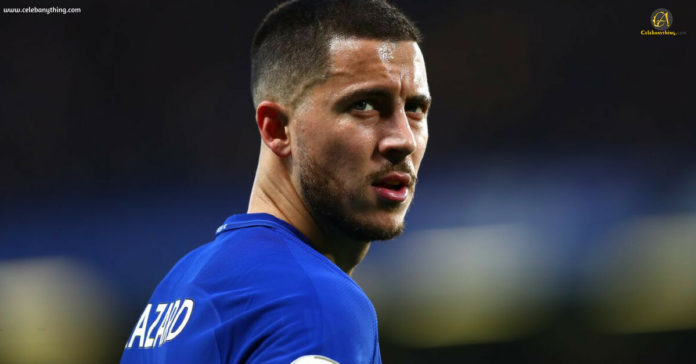 Eden Michael Hazard is a professional footballer from Belgium and he plays for Chelsea which is the English Club and he is also a part of the  Belgium national team. He is a wild and attacking midfielder. He has a splendid creativity and a well trusted technical ability. His playing style has been critically acclaimed and he is referred as a ‘superb passer’. The media, coaches and all also draw comparisons to Ballon d’Or winners Lionel Messi and Cristiano Leonardo. Eden Hazard is ranked as one of the world’s best players by the coaches, colleagues, and commentators. Eden is the first non-french player to win the National Union of professional footballers young player of the year award. Guerin Sportivo which is an Italian magazine also gave him the Bravo award for his performance. His senior international debut was against Luxembourg in November and the year was  2008. He has earned 78 caps and he also a member of the Belgian team which reached the quarterfinals of the FIFO world cup 2014 and UEFA Euro 2016. He was also a part of the FIFA U-17 World cup which happened in August and September 2007. He became the eighth youngest international player in the Belgian football history when he made his debut for Belgium against Luxembourg. Eden Hazard is married to Natacha Van Honacker and they three sons. They welcomed their first child, Yannis in December 2010. They had a second son, Leo in February 2013. The third son was born in September 2015 and was named Samy. He got married to his wife in a white wedding very secretly.