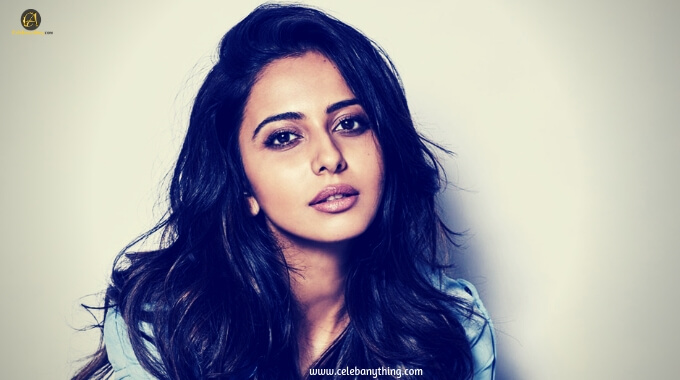 Rakul Preet Singh is an Indian film actress who is currently seen working in Bollywood. Rakul has worked in the Telugu Film industry.  She has also worked in Tamil, Hindi and Kannada movies. She debuted with the film Gilli which was basically a Kannada movie.  She made her debut in Bollywood with the file Yaarian where her performance was much appreciated in 2014. Her films released and slowly her journey was termed as that of moving towards a star actress. All her films gained much recognition and her acting is considered to be very refined and versatile. Rakul won the Cinema Award for Best actor in 2015 for the film Loukyam. She got the Zee Telugu Apsara award for the most popular heroine of the year in 2016. She also won the Sakshi Excellence Award for Most Popular Actor in the same year. She won Zee Cinemalu Award for Golden and Fittest Star of the Year in 2017. She was being awarded the Zee Telugu Apsara Award for style icon of the year in 2017. She was also nominated for the 64th Filmfare Awards South. She was also awarded the 6th South Indian International Movie Award for Best Actress in 2017. Rakul also bagged the South Indian Fashion Award and Radio City Cine Awards. Rakul refuses to do a kissing scene just for the sake of it in films. Also, there is a strange reaction from the heroes who work with her and they don’t want to do a lip-lock scene with her.