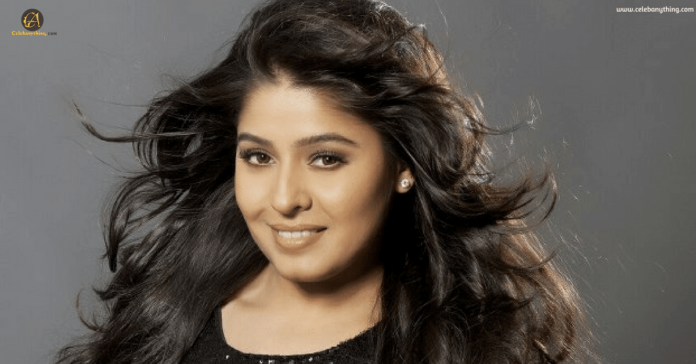 Sunidhi Chauhan is an Indian playback singer from Delhi who has been constantly showcasing her versatility in Indian cinema since 1996. She started her career at a tender age of 13 and is unstoppable since then. It was when she sang ‘Ruki ruki si zindagi’ in 1999, people started knowing her. She won hearts in the very beginning and bagged the Filmfare RD Burman Award for New Music Talent for her very first popular song. She became very popular for the song ‘Beedi jeelayile’ for the film Omkara. Sunidhi got two Filmfare awards, two IIFA awards, two screen awards, one zee cine and one Mirchi music award. She also bagged Global Indian Film Awards for ‘Dhoom’ in the year 2005 and she was nominated for ‘Omkara’ in 2007. Sunidhi Chauhan was nominated for the   Indian Telly awards in 2015. She bagged two International Indian Film Academy awards.

She appeared four times in Forbes in the list of top 100 Indian celebrities. She made her international debut in the year 2010 along with Enrique Iglesias for the alternate version of song ‘Heartbeat’. Lata Mangeshkar once named her as the ‘Numero Uno’ singer of the generation.  She has always been an influential person in the music industry as she loves to experiment with her voice and the songs as well. She is known for her bombastic attitude and frank behavior. She got married to Bobby Khan in 2002 in a private ceremony at the age of 18. Bobby Khan is a director and choreographer but her parents didn’t accept this marriage and consequently, they parted ways. Finally, she found her love interest in music composer Hitesh Sonik and they married on 24 April 2012 after a two-year-long relationship.

There was an upcoming film of Kalesh Kher for which Sunidhi Chauhan was supposed to record the song Khalid Kidwai and she went to the studio to record it.

She later invented the lyrics of the song and found some bold political statements in it.

When she places her disapproval on the lyrics and asked to change few lines, Kahlid and director Ranjeet Gupta refused. They got Indu Sonali to sing it instead.